Soursop, also known as guanabana and graviola, is a fruit that has its origin in the forests of South America, Africa and Southeast Asia.  This is an evergreen broad leaved tree whose every part is useful and has medicinal properties. This fruit is extremely delicious with a sharp aroma and a sweet-sour taste which is basically a combination of the taste of pineapple and strawberry. Recently, it has gained attention and popularity due to its natural cancer cell killing properties. Apart from its anti- cancer properties, it has several other medical benefits. Soursop leaves are the most beneficial parts of this tree. They have the Acetoginin containing compounds namely bulatacin, asimisin and squamosin. Acetoginin acts as an anti- feedent. Thus, they are often used in killing insects and pests which die by consuming these leaves even in small amounts. Scientific research conducted by The National Cancer Institute has proved that Soursop leaves can effectively attack and destroy cancer cells. In addition to this, they are also used in the treatment of several other diseases. Soursop leaves are rich in several compounds including protein, calcium, fructose, fat, vitamins A and B and the like. Thus, the leaves have excellent medicinal properties making them usable as an ingredient in several herbal health products. 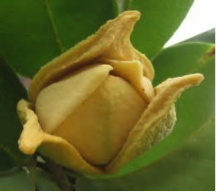 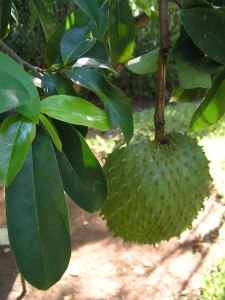